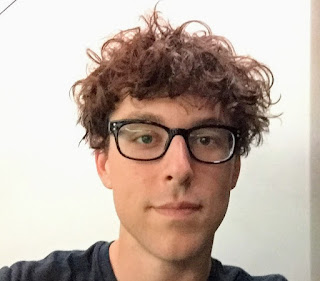 Luke is a physical therapy student, physiologist, and bike racer currently from Richmond. He owns seven bikes, but only keeps four in his tiny apartment, which is three more than his wife would prefer. His next project is teaching his dog to ride in his Burley trailer. Wish him luck!

1. Mineral Mini Bar - Multi-tool
I don’t think you should travel anywhere on a bike without the tools to fix it if something goes wrong. 95% of the time, you won’t need it, but it’s a lifesaver that 5%. I also think you shouldn’t own more tools than you need. As an apartment dweller who already has too much stuff, I need my tools to be light, compact, useful, and efficient. So when I’m riding, I use the Mineral Designs Mini Bar multitool. It’s really just an L-shaped handle with 6 bits, and it’s great. It’s sturdy, compact, lightweight, and easy to use. The tool also has room for four extra bits that I fill with drivers for my weird bolts (I’m looking at you T-15 torx). It’s not a cheap multitool, but it’s good enough to use as a wrench at home and small enough to use on the road, with higher quality bits than your Home Depot allen keys or toolset will have. It’s great.

2. Park Tool 4.2 Tire Levers
Tire levers seem so simple and similar, but there are huge differences between brands and models. After years of going through dozens of levers, I’ve fallen in love with the Park Tool 4.2 set. They’re sturdy and tough, but cheap enough to replace when they break after a few years. They’re molded perfectly to slip under a tire when getting it off and hook onto the rim when putting it back on. They also have these fantastic molded spoke hooks that work like a third hand when you’re taking off a stuck tire. I don’t go anywhere without these and have a set for each of my four bikes.

3. Virginia Tech Helmet Ratings
I’ve sustained a few concussions in my life, but the last two have easily been the worst. Both were sustained in car wrecks. The most recent, last September, was aptly called a Car v. Bike crash and, unsurprisingly, the car won. Fortunately, I had found these Virginia Tech ratings a few years before and was wearing one of their top rated helmets. Things certainly could have been worse without it. My new lid (always replace them after a crash) is one of their top rated ones as well and I’m exceedingly happy with it. They put the helmets through rigorous scientific testing that outputs a score intended to indicate how much less likely you are to get a concussion while wearing one. The lower the score, the better the helmet. There didn’t used to be many helmets in the ranking, but they expand it all the time and now include dozens of helmets. Most are expensive, racing lids like I use, but they’re constantly growing their commuter ratings and have a couple of high scoring helmets that are less than $50, one is $18! They rank hockey and football helmets too and are expanding into baseball and softball in the fall.

4. Garmin Popularity Routing + Komoot
I spend 10-15 hours riding each week and often get bored without adding in variety. That’s where Garmin and Komoot come in. Garmin has a huge database of runners and cyclists, logging millions of miles per year. They use this data to find the most popular routes in your area, then use that information to build routes they think you’ll like to ride. They’re not perfect for commuters, since many of these rides are completed by people training and racing and thus looking for more open roads, but they are pretty good in cities and really good for longer rides toward the countryside or on weekends when things are a bit slower. I’ve found tons of new routes around town using this feature. To turn them into navigable files, you can either use a fancy Garmin head unit (like I do) or download them into Komoot, a phone app for cycling tourists that can convert those files into turn-by-turn directions. Komoot can do routing too, and can base the route on your fitness level to keep you out of hilly areas. I prefer Garmin’s routing though, since they have more data for better routes. To use it, you need a Garmin Connect account and it’s accessible through Garmin Connect under the “Training -> Courses” part of the menu. 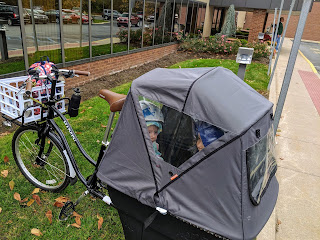